All wind restrictions have been lifted. Safe travels!
×
×

Throughout the summer and early fall, CTJV has been working on the assembly of CHESSIE, the TBM that will bore the one-mile tunnel at Thimble Shoal Channel. In early October 2022, the assembly of CHESSIE began in the launching pit. 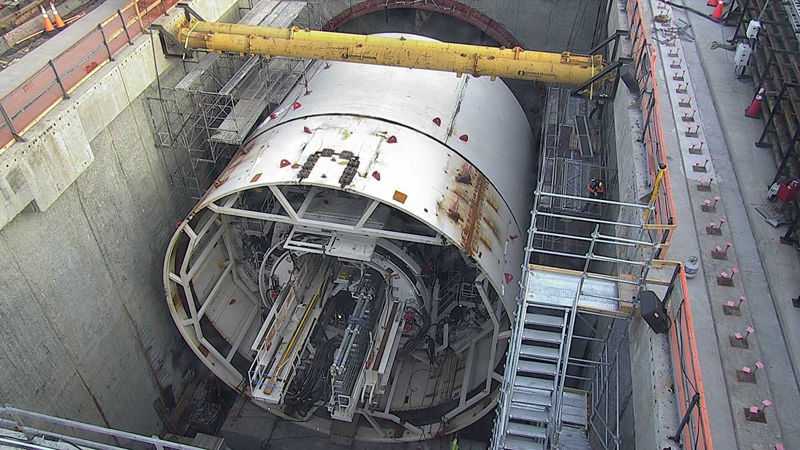 On November 1, 2022, the 43-foot diameter cutterhead was installed. 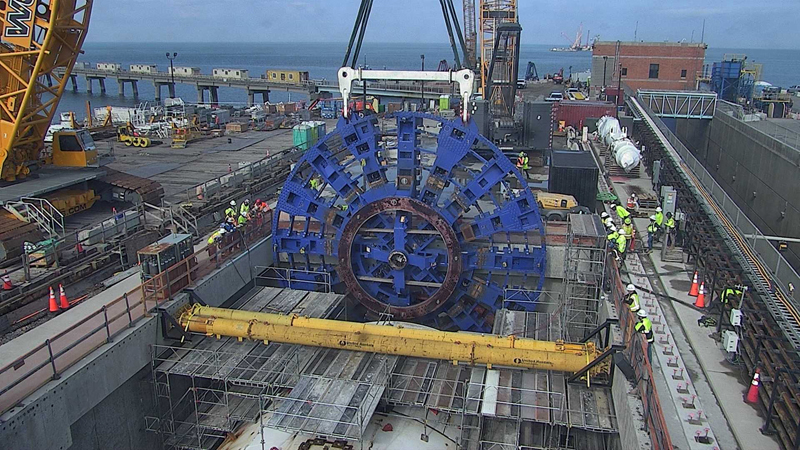 The GOAL:  CTJV hopes to have the TBM fully assembled in January 2023.  Once complete, Chessie must go through a series of testing procedures before the actual boring can begin, which is anticipated to start in early spring 2023.

All work on the base slabs is now complete and work continues on the retaining and fascia walls.

The second conveyor belt bridge was installed over the roadway this fall.  Like the first conveyor belt bridge, due to its enormity, this was transported northbound to One Island via the southbound trestle.  The conveyor systems will be used to move the soils that Chessie digs from the Bay bottom. On the north side of the island, work progresses on the construction of the engineered berm. 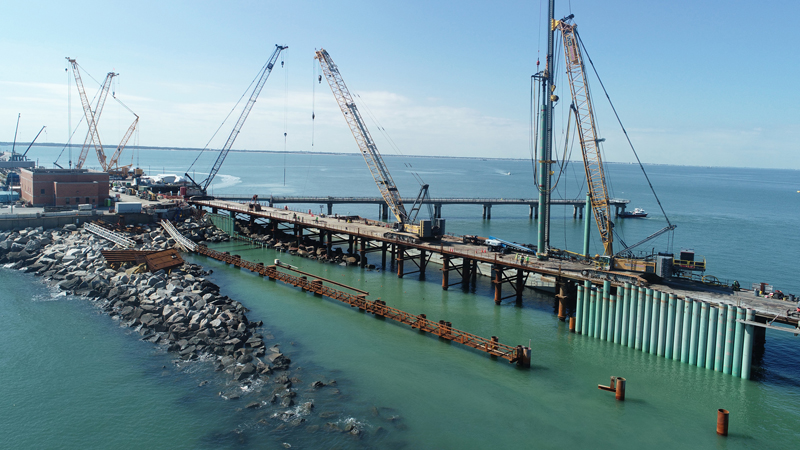 The demolition of the retaining wall on Two Island is complete, providing southbound travelers with a line of sight into the receiving pit. 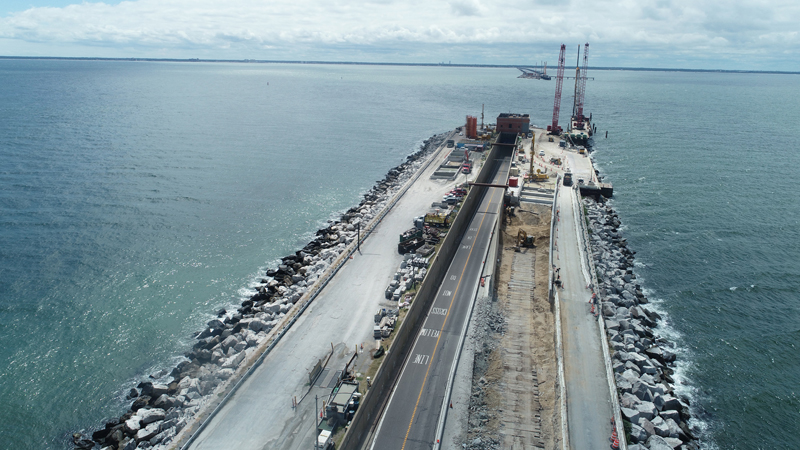 Work continues on the build-out of the receiving pit, dock and pier as well as the engineered berm on the south end of the island.  This work will continue over the course of the next year.  Remember, much of the work on Two Island will mirror that of One Island. At CSI in Chesapeake, VA, more than 9,000 tunnel segments are complete and await their installation. When Chessie is ready to begin her dig, these segments will be trucked to One Island. 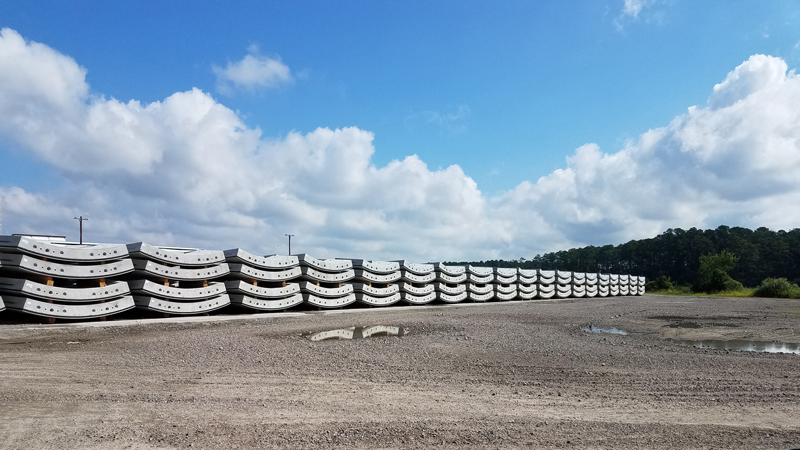 We employ dedicated people who meet the challenge of customer service.